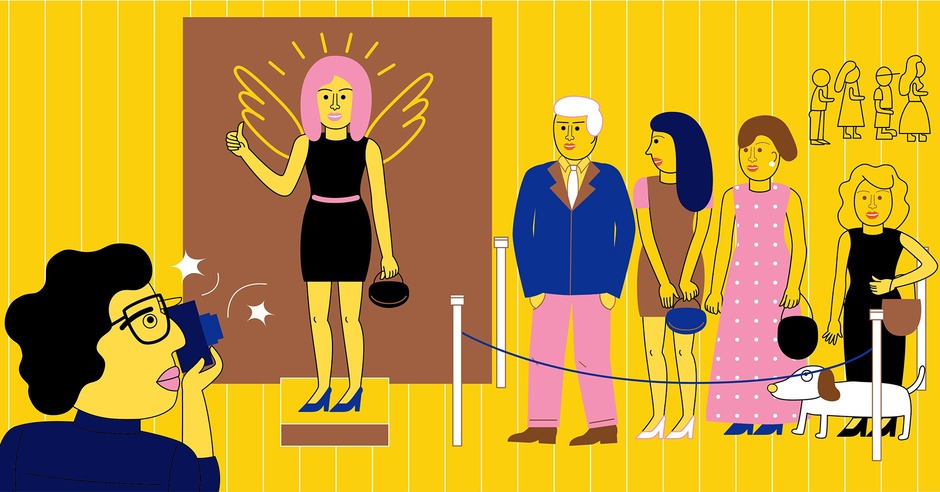 In the wake of the Paris attacks and the resulting debates around the refugee crisis, people are confronting complex ethical issues. As we navigate a sea of thinkpieces and emotional posts on social media, it becomes apparent that people are struggling to do and think the “right” things, though the ways to achieve that aren’t quite as obvious.

But what does goodness even mean? Is it universal or relative? Is it an instinct that we are born with or is it a thing we perform to ultimately benefit ourselves? How much of our solidarity is based out of genuine compassion and how much of it is performative ally theater? Why do we even want to be “good” in the first place?

Hopes&Fears talked to experts on altruism, prosocial behavior, morality, and ethics about the “goodness” drive, and how it plays out in politics, society, and daily life.

TO UNDERSTAND WHY PEOPLE want to be good, I think it’s useful to think about human social motivation, both in terms of how it functions now and why it evolved in the first place. Everyone has a set of moral and ideological beliefs that help guide their understanding about how society should function and what constitutes behavior that is right or wrong. These beliefs can be based in or related to one’s religious beliefs, but they don’t have to be (atheists and agnostics have moral beliefs, so religion is not a prerequisite). Ideology and morality help people make sense of the world and their place in it. From these beliefs, we derive both knowledge about the social world, and a sense of meaning about the world and our place in it. Social psychology has shown that people are highly motivated both to belong to groups and to feel like they can make a meaningful contribution to the groups that are important to them. So, being good helps facilitate our social relationships and contributes to a positive sense of meaning or purpose in life.

From a slightly more cynical perspective, people are good because there are numerous forms of social punishment in place for those who behave poorly or don’t contribute to society in a positive way. Individuals who violate moral norms or expectations (e.g., by harming others or treating people unfairly) may be socially ostracized from family, friends, or other social groups. Recent work in psychology has shown that loneliness can have a lot of negative consequences for people, so I think we’re also motivated to be good so that we don’t lose our social standing. But, importantly, this whole enterprise rests on the group valuing good behavior, and on people being identifiable for their actions. This is why we see that people are less likely to be good when they think they won’t get caught, or when their actions are anonymous. And, importantly, if people join groups that value bad behavior, you may see that bad behavior increases as a way to gain standing or significance within that social circle.

by An Tianrong and Aiping Cheng

When one mentions wushu, many Americans may not understand. But, if one mentions kung fu, everyone knows what is meant. The correct name is, indeed, wushu, as I discussed in detail in my article, “Wushu Needs Name Rectification”

In the long golden river of Chinese cultural history, wushu is a feature of great significance. It is broad and deep and so profound that one cannot see its beginning or its end. It is so broad that one cannot see its edges. Over its five-thousand-year history, it has acquired a theoretical framework that embraces many Chinese traditional cultures (classical philosophy, ethics, militia, regimen, Chinese medicine, and aesthetic, etc.). Its association with Taoism, Confucianism, Buddhism, and hundreds of other Chinese philosophical systems cannot be ignored. Chinese wushu is not only treasured for defense, physical exercise, preventing illness, and longevity, it also best illustrates Chinese behavior, morality, philosophy, and aesthetic expression. It mixes in a philosophy of living and an understanding of the human condition. Inheriting all that is excellent in Chinese culture, it is regarded by the Chinese as a cultural treasure.

Welcome to WordPress. This is your first post. Edit or delete it, then start writing!